We’re knowledgeable people that strive for lighting and color perfection.

We’re inventors, with many “world’s first” products already put on the market.

Our team is very small, indeed!

I am an IT security consultant, a computer programmer and an inventor with very strong backgrounds in full-stack hardware, software, electronics, lighting engineering and manufacturing.

My passion for details always makes me strive for perfection.

All my products are not trivial and have strong scientific roots.
They’re all manufactured in my Italian hometown: Brescia.

I always strive for being “the first” to do something.
Isn’t this the goal for an inventor? 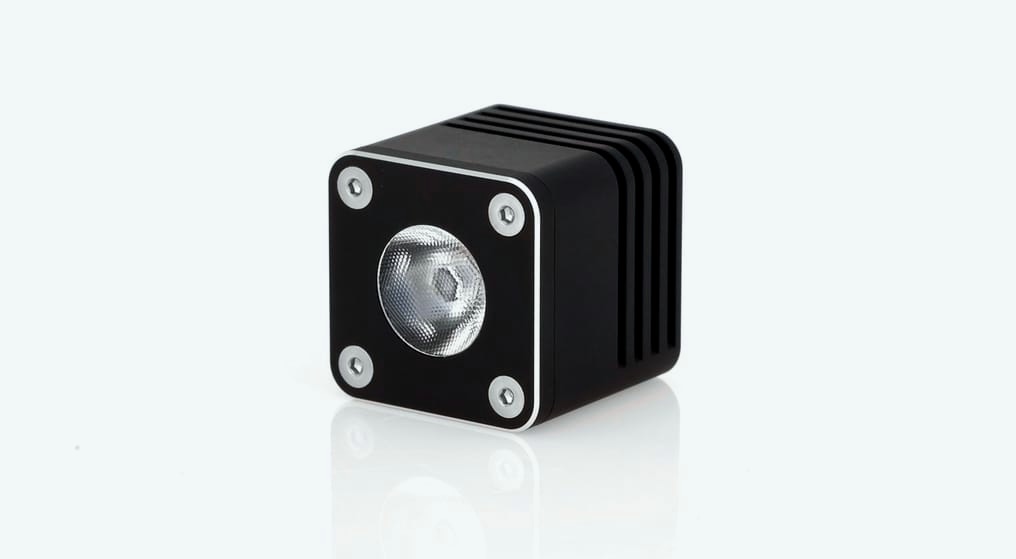 In 2014 I developed and manufactured the first USB light with ultra-high CRI. I called it “The Relio”. I put Relio in a Kickstarter Campaign, raising more than £54.000 in public pledges. Thanks to that, Relio went into production, selling and successfully delivering thousands of units in just a few months. 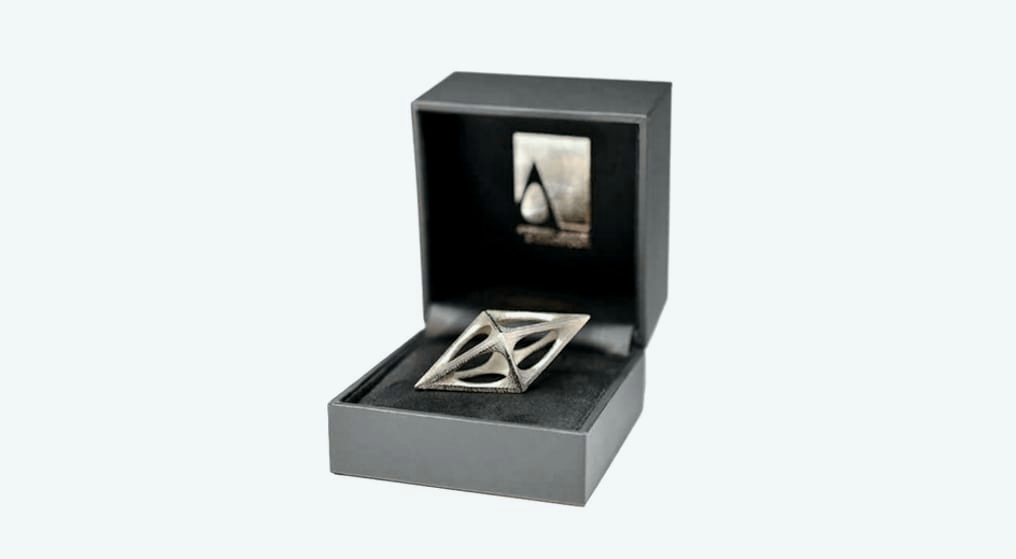 In 2015 Relio won a prestigiuos Silver Medal at the International A’ Design Awards 2015. Subsequently, Relio has been talked about in many national and international outlets including Designboom, Vanity Fair, Photo District News, DPreview, DesignTAXI, Lighting Rumours, No Film School, PetaPixel and Tom’sHardware. This notoriety inspired both the form and function of many following (and very famous) third-party products.
This is the price to pay, for being the first... 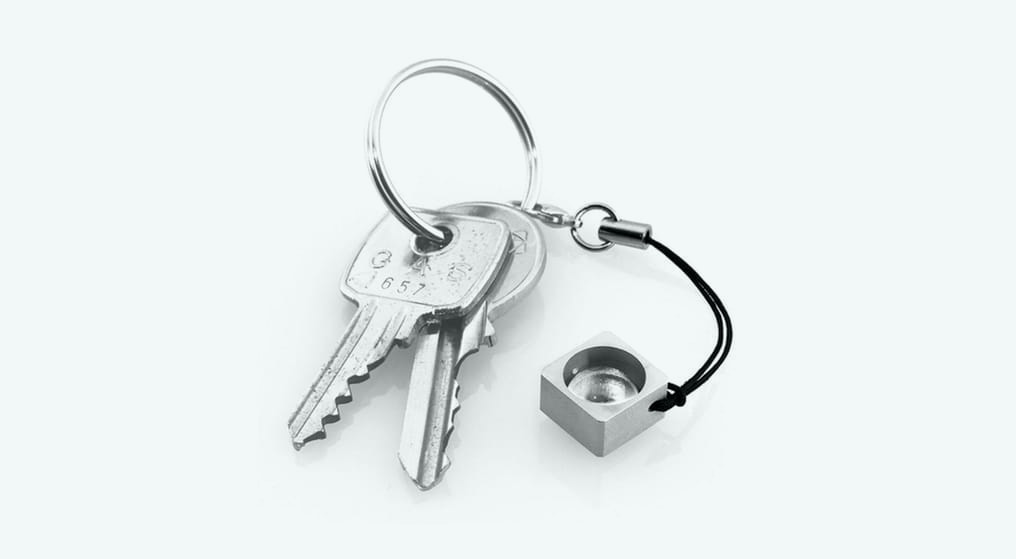 In 2016 I developed and manufactured the first smartphone flashlight collimator in the world. I called it “The F.lens”. Again, I put F.lens in a Kickstarter Campaign, raising more than €22.000. F.lens went into production, selling and delivering thousands of units in just a few months.

In 2018 I developed and manufactured the first USB power charge booster for Mazda® vehicles. I called it “The CMU Booster”. I immediately received orders from multiple Mazda’s official and third-party distributors. I put the CMU Booster into production, selling and successfully delivering five hundred units in just one month. 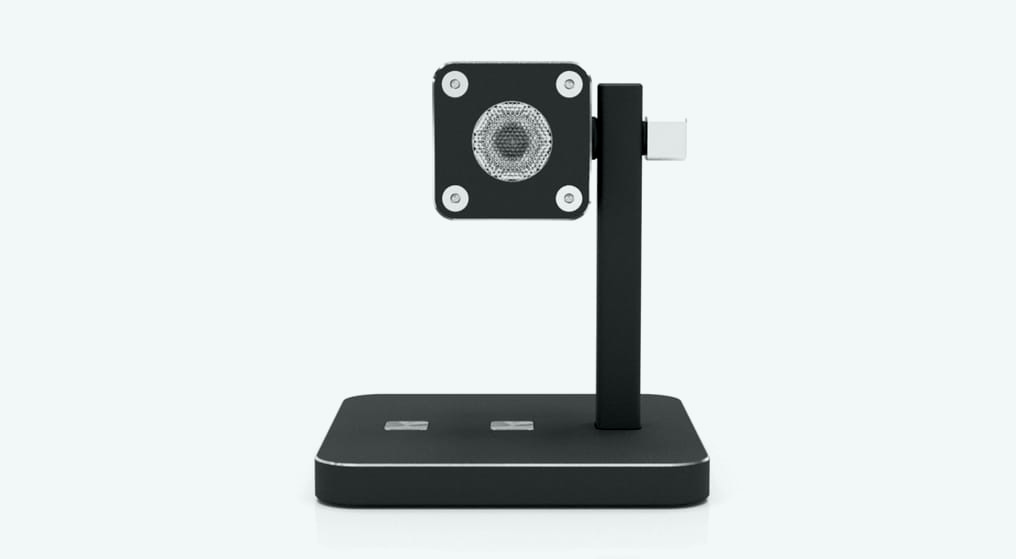 The hardware, the packaging, the electronics, the Bluetooth® firmware, the 3D accessories and this entire website have been internally engineered.

In order to manufacture Relio², more than 40 suppliers had to be managed.

It’s been both a nightmare and a dream!

In 2020, I unveiled the new 2020 Editions of Relio².
They are a marvellous piece of engineering and packaging! 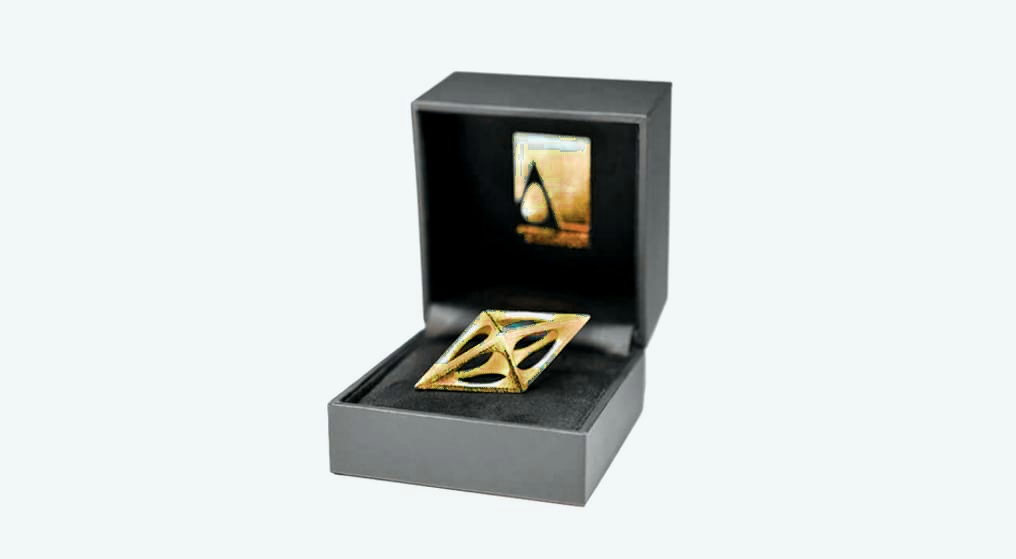 In March 2020 won a prestigiuos Gold Medal at the International A’ Design Awards 2020 with the Desktop Edition of Relio².

Now it's 2021 and the new Editions of Relio² are literally flying off the shelves, thanks to a growing assortment of disruptive accessories and upgrades than I continue to engineer.

Who knows what's next!

Get in touch... and be rewarded.

Want to know more?
Tell us something about you.
Reseller?  Partner?  Custom solution needed?  Write us as-well!

Does it have an internal battery?

No. We want Relio² to withstand years and years of 24/7 use. An internal battery in such a small and powerful device would be able to power Relio² for just 15 minutes at full brightness, with a lifetime spanning no more than 6 months. Name - if you can - one product with an integrated, non-removable battery that’s still 100% funcional after years of use...

How do I power it up?

Via the external microUSB connector. Every USB outlet in the world capable of providing at least 1A of current is suitable.

Why does Relio² still have a microUSB plug instead of the newer USB-C?

The answer is simple: maximum cable length and cord flexibiity. USB-C is born to transport a lot of data channels, so the internal wire count is 4x more, making it very thick and more rigid. For the same reason, USB-C cables lenght is limited to 2m. In the Relio² Base Kit package, we include 1x 1.5m magnetic, nylon-braided microUSB cable and 1x premium, gold-plated, nylon-braided 3m microUSB cable from a premium brand.

Can I use USB-C to USB-A, or USB-C to microUSB adapters?

Is the magnetic cable user-replaceable?

What if I use Relio² a lot and some parts wear out?

We engineered all the Relio² parts subject to normal-use wear and tear to be of common availability. Contact us for suitable replacements.

Does it have a manufacturer warranty? What does it cover?

We offer 2 years of manufacturer warranty on our terms of use and warranty. Please consult our sales terms for details.

How much power does Relio² draw?

1A at 5V DC. Since it integrates a step-down buck converter capable of up to 15V DC, power consumption at higher voltages will be less.

Can I power it up with a car battery or other sources of electricity?

Yes. Every source ranging from 4 to 15V DC is suitable. Input lines are protected from overvoltage and reverse bias. For more info, please consult the manual or our technical specifications.

Is it water resistant?

Yes, moderately up to IP53. For more info, please consult the manual or our technical specifications.

How many units can be operated through the smartphone App?

On iOS, we successfully tested up to 16 devices. On Android, it varies depending on the platform (around 5 units). Please note that aggregate brightness control function is still in development.

Can I develop a custom Bluetooth BLE application?

Yes. You can refer to our BLE API documentation. Please note that developing commercial applications is not permitted unless an explicit consent is received by us. Please contact us for more info.

I need assistance and documentation on how to operate Relio² via an external, wired microcontroller like the Arduino®.

We will provide you with full documentation on how to operate Relio² through logic-level signals. Please contact us for more info.

I need assistance in determining how many Relio² kits I need for my work.

We can do digital simulations tailored to your environment. Drop us a message via the contact form.

Do you ship worldwide?

Yes, with some limitations in some remote areas. If you don't see your Country listed in the shipping form, please contact us.

You said that the LED will be upgradeable. How will you handle that?

This is a commitment and we will honour it in case the technology advances. All the future LED upgrades will be backwards-compatible, so you'll be able to ship your Relio² kits back to us for the upgrade, for a minimal servicing fee.

Can I disassemble the LED and eletronics by myself?

Yes, and it's rather easy to do, but the warranty will be voided.

I accidentally damaged something in my unit. Are spare parts available for sale?

Yes, depending on stock availability. Please contact us and we will help you.

Do you sell physical versions of your 3D-printable accessories?

Currently no, but we partnered with some local and international suppliers that will be able to 3D-print and ship them to you. Please contact us for more info.

I want to sell your 3D-printable accessories.

Yes, why not? We release all our accessories under the Creative Commons CC-BY-4.0 license, so you are free to do that. Please remember that you have to mention us on your sales page. Also, please note that we may also link to 3rd-party items, and they may not share the same license terms of our own accessories. Always check the license bundled with each accessory that you download.

I want to be a reseller of your product.

Sure. Drop us a message via the contact form.

I want to be the exclusive distributor of your product.

Maybe. Drop us a message via the contact form.

Send us a message to unlock all our free accessories.

Send us a message to unlock all our technical documentation.

Send us a message to unlock all our technical documentation.

We engineered some majestic Editions of Relio².

After our successful Kickstarter® campaign, they are ready to be delivered. Click here below to discover more!

Thanks for saying “Hi”!