how much do you know about light? 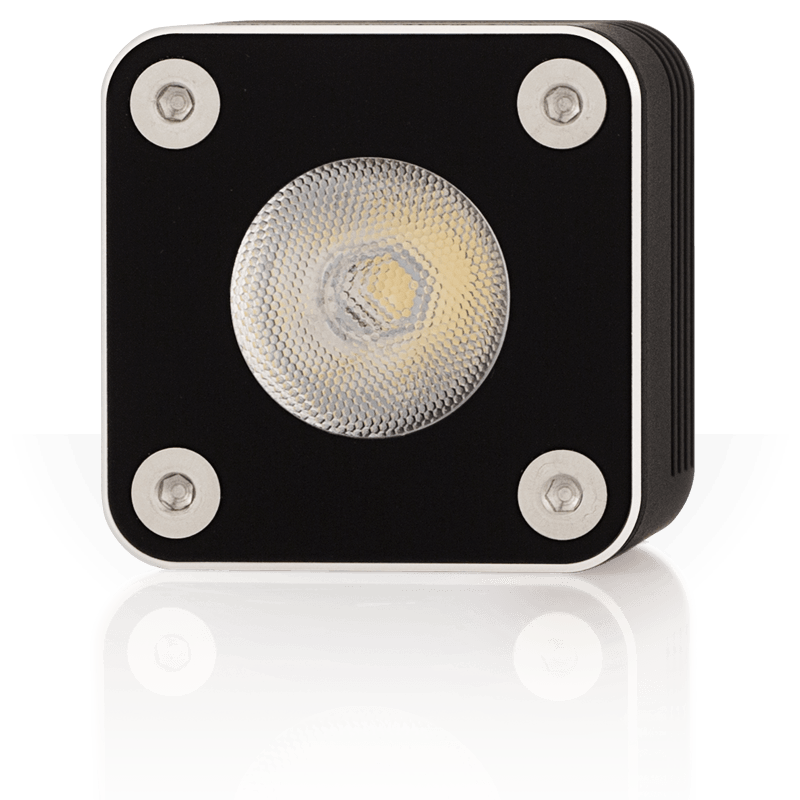 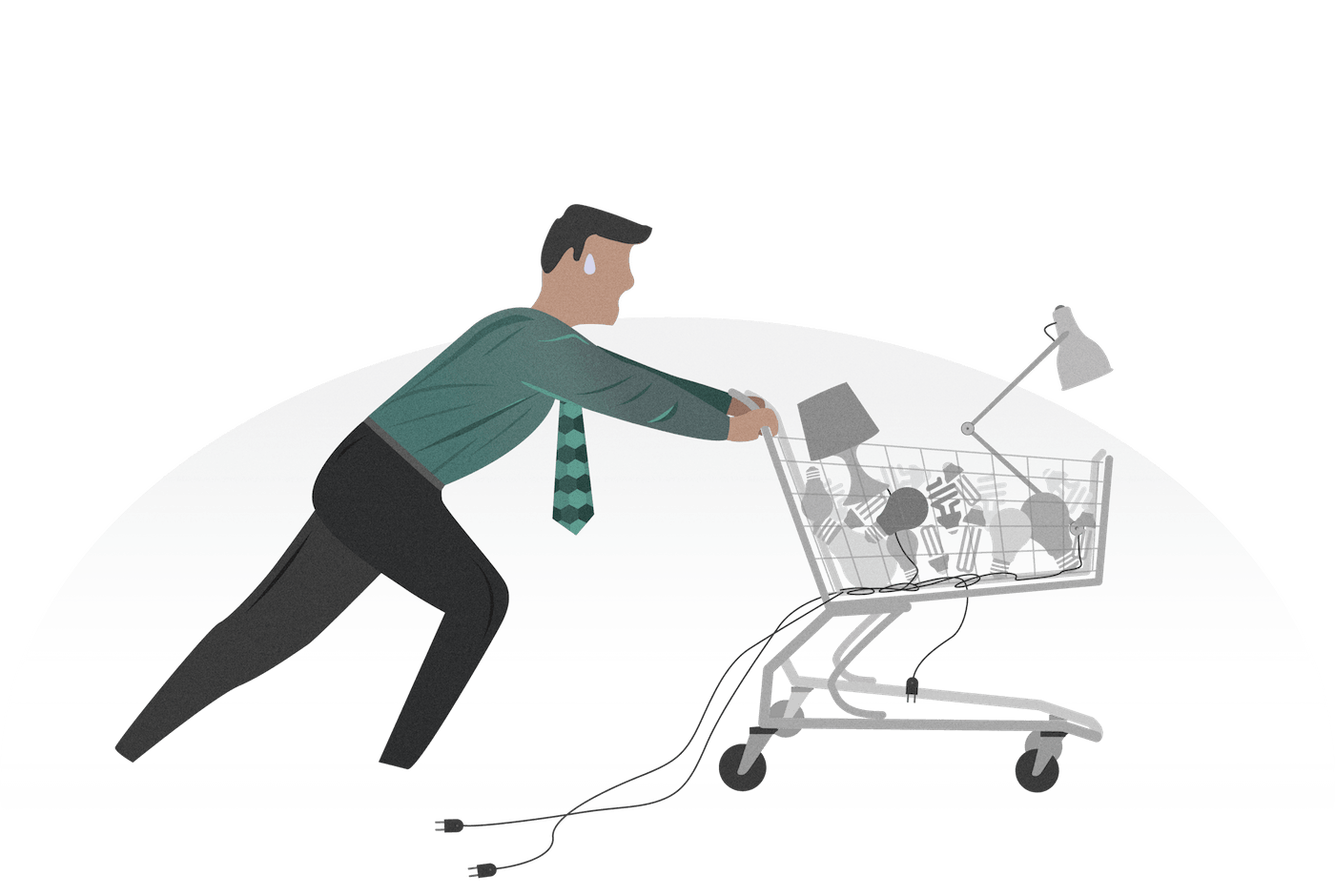 Are you a pro?
Are you an enthusiast? 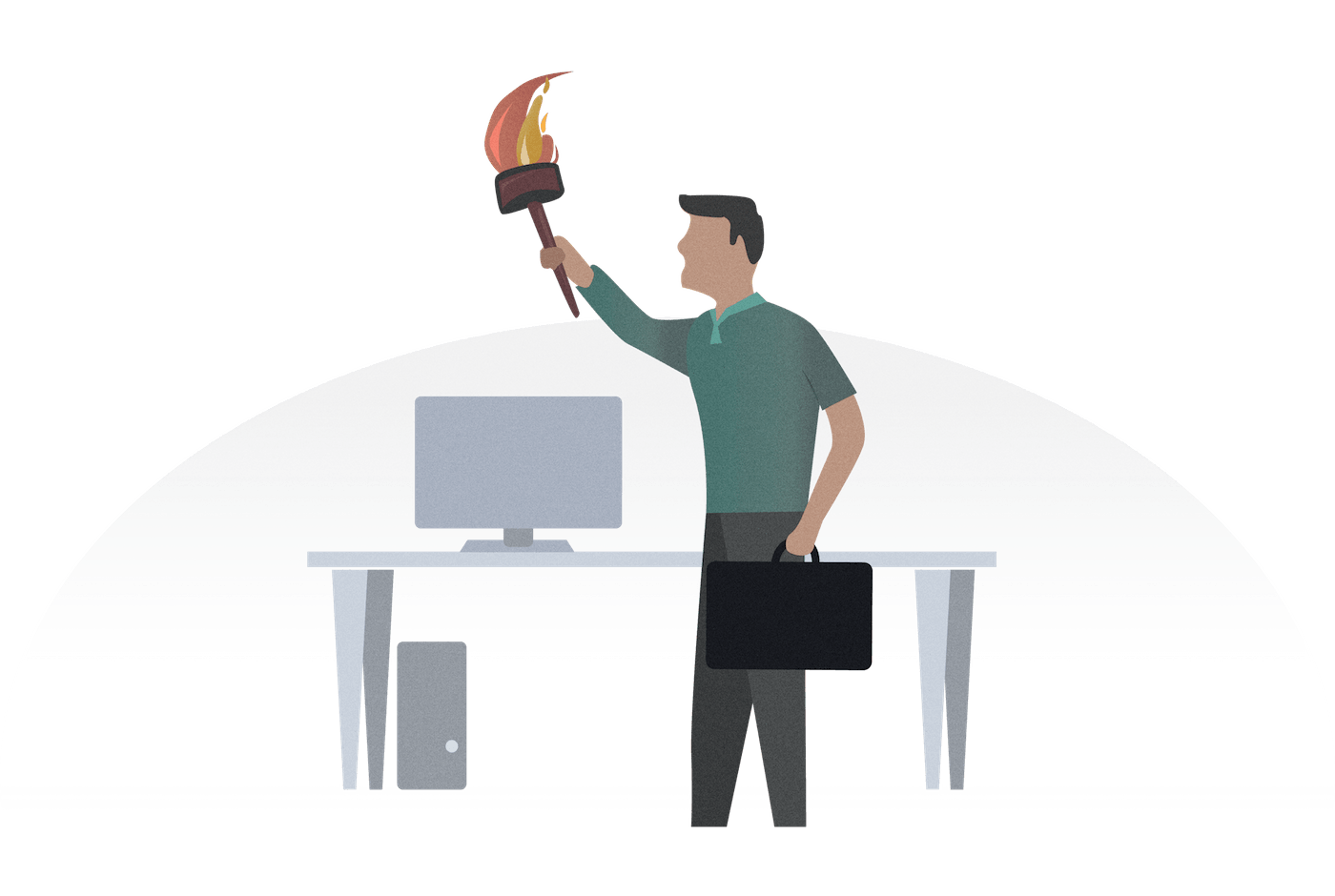 What if you had a light you could fit in your pocket and attach on standard sockets? 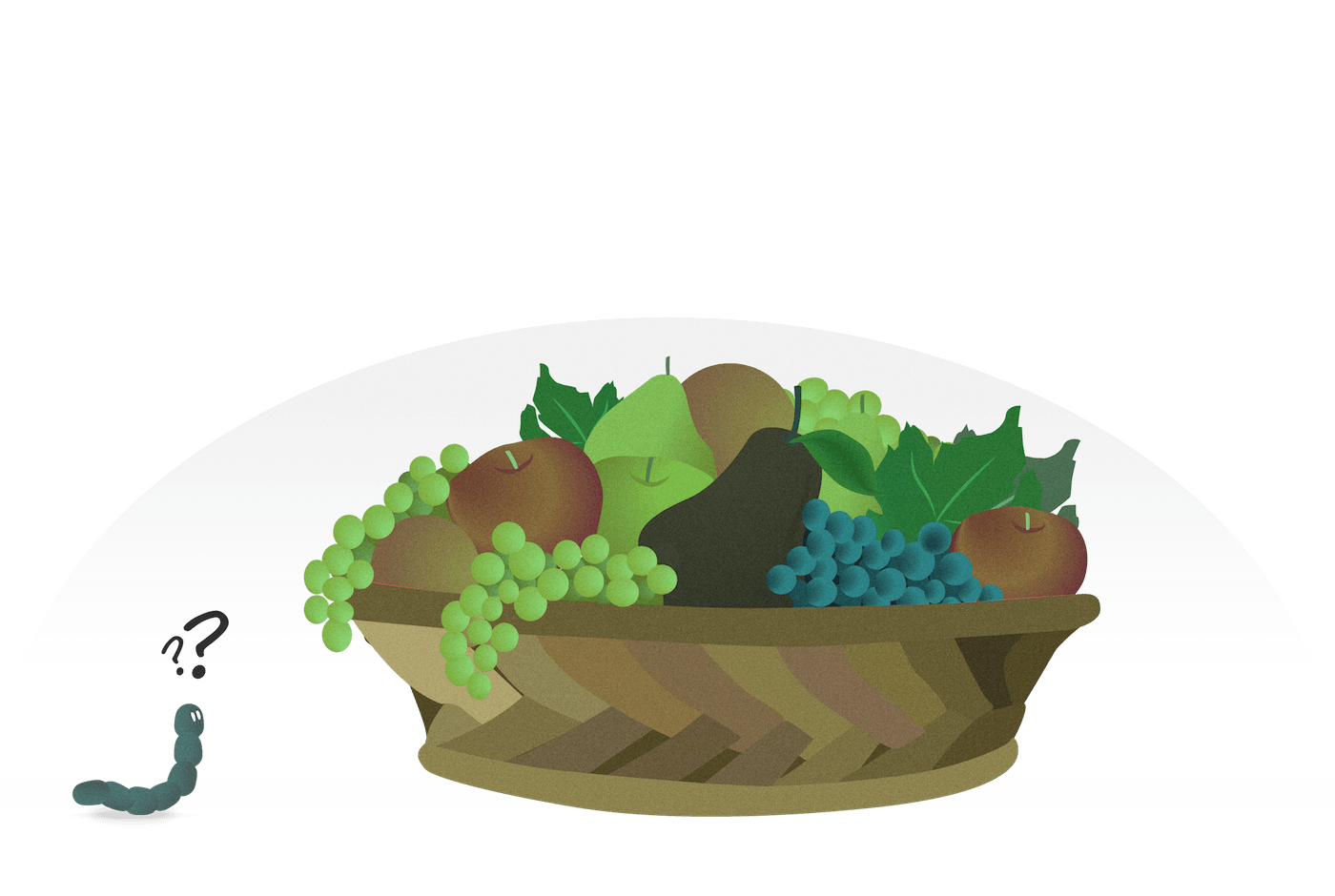 What if this light were especially engineered to render colors better
than anything alike? 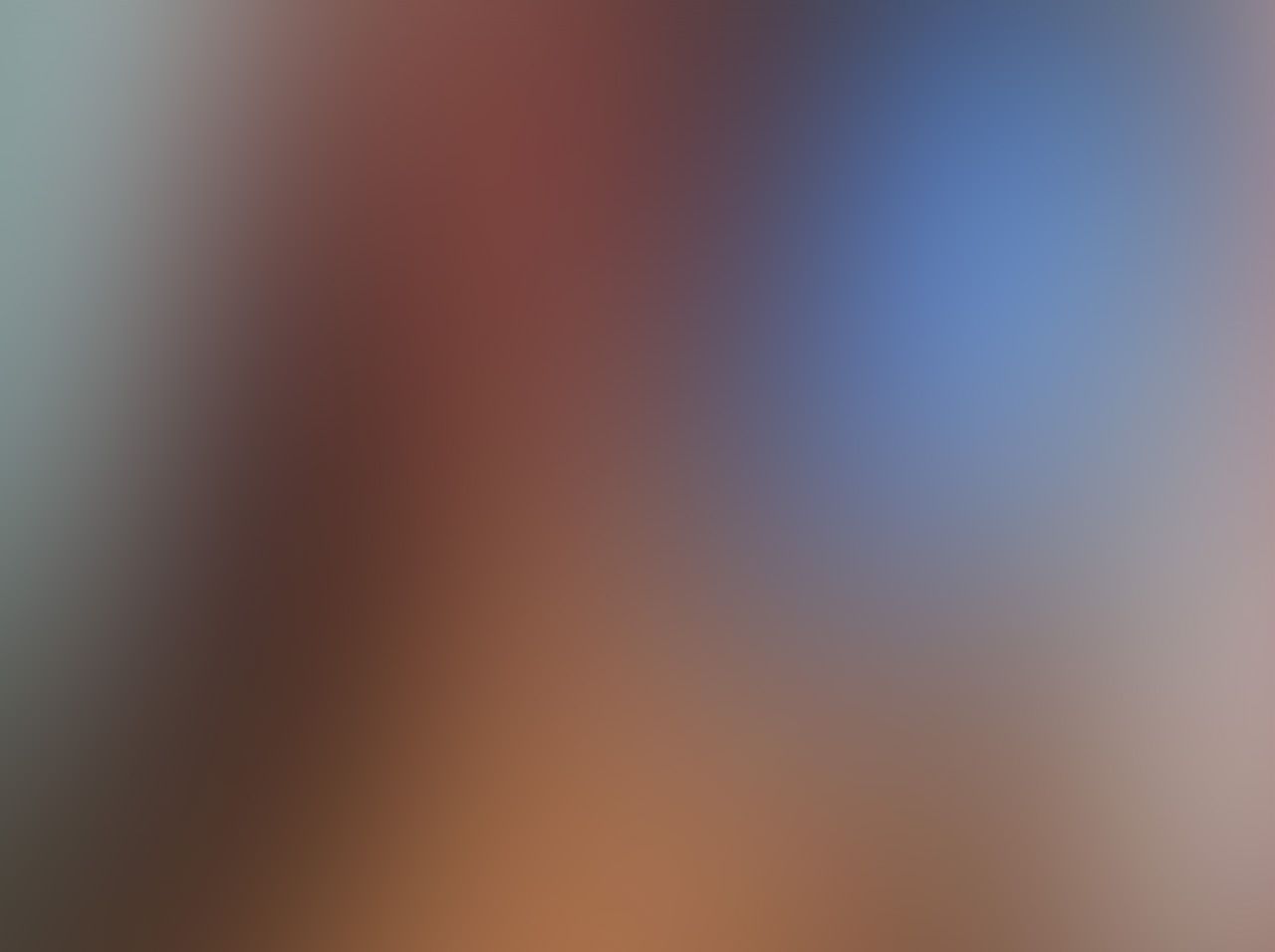 This is not a normal white light. The richness of its spectrum will give new life to your colors, and totally blow you away.

Relio is an instrument that loves standards.

With a standard 1/4-20 UNC “camera mount” thread, you can attach it to your own equipment.

Relio is sold without any tripod or adapter. You choose your own.

Relio is powered via USB
by advanced electronics.

Forget internal batteries!
They don’t last all day.
They wear. They break. They are always empty (when you need them). 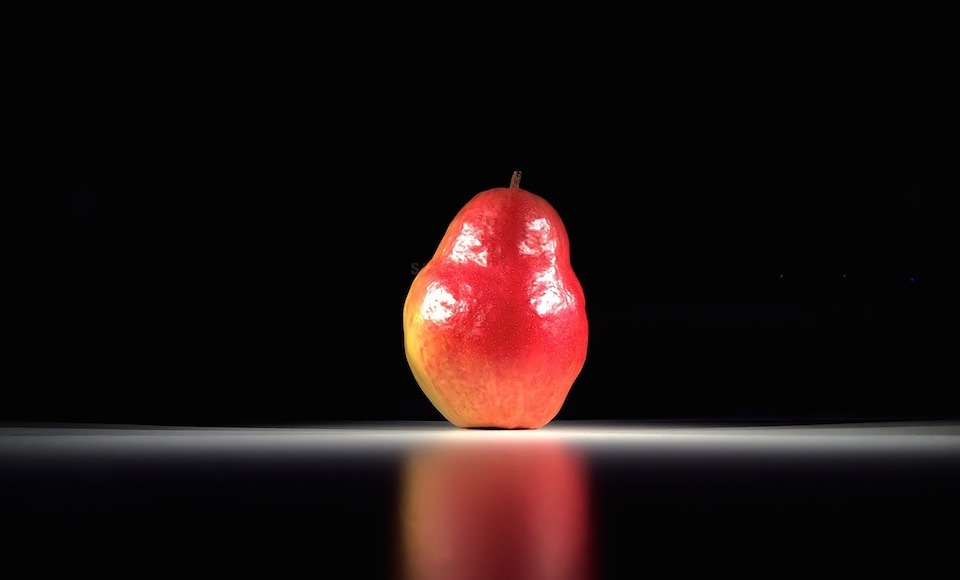 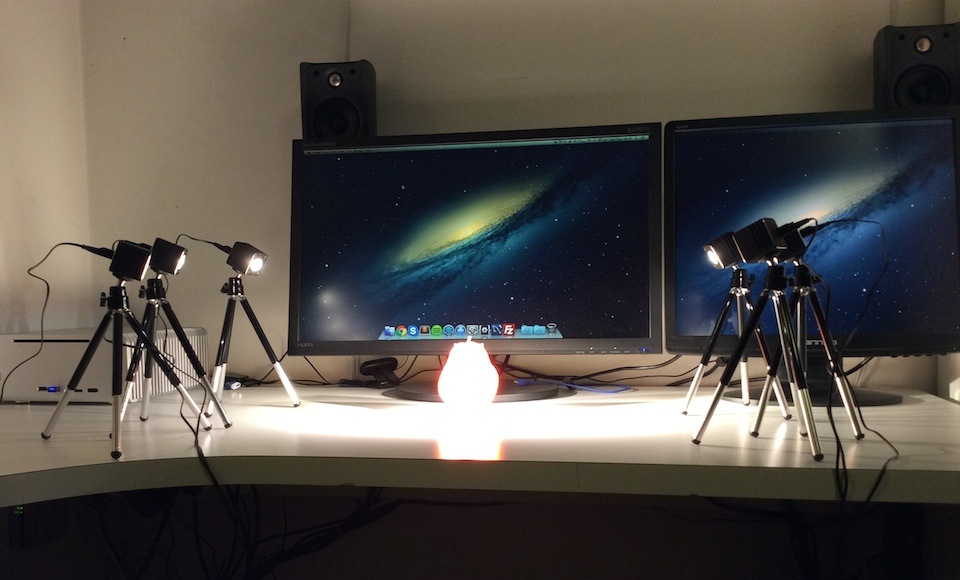 A light for perfectionists.

A PMMA clear mask is included, so you can use your color gels.
Thanks to the richness of spectrum, much light can pass through filters, even the deepest ones.

PS: These are all real photographs!

Made in Italy
Including machining and
hand assembly.

One year of studies, engineering and testing went into Relio.

Developed, manufactured and assembled by us directly.

We know you are a geek.

We’d love to hear from you.
You’ll gain precedence to test our new products.

CRI: Color Rendering Index
Why it does matter, and why producers don’t advertise it.

Artificial light is hard to generate with LED lights, because white LEDs are difficult to manufacture.

Low-grade LEDs emit a white light that lacks the broad spectrum needed to evenly illuminate visible colors. Some colors get lit too much, some too little. Color rendering is unpredictable, unnatural.

As of today, only a few LED manufacturers have mastered white LEDs production. Their LEDs have a very high Color Rendering Index - a scale that evaluates emitted light quality - and cost notably more.

Relio incorporates one of these High-CRI LEDs (coming from a leading american manufacturer).

This light has a minimum CRI of 90/100 (92 / 96 average, depending on model/CCT).
Its CCT is 3000K/3500K/4500K, giving Relio a calibrated, sun-like color rendering capability.
For general-purpose uses, our advice is to go with the 3000K version, that offers an incredibly pleasant, halogen-like color temperature.
LEDs are color-binned using the strictest (most expensive) classification the manufacturer offers: you can expect consistent color temperatures across multiple units.
Chosen color-bin is as close to the Planckian locus as possible.
We are using one of the latest and most efficient LED modules currently on the market.
Relio has a maximum luminance of 21000 lux at 30cm operating distance (tests made on the 3000K version). It’s an astonishing amount of light for such a small unit. 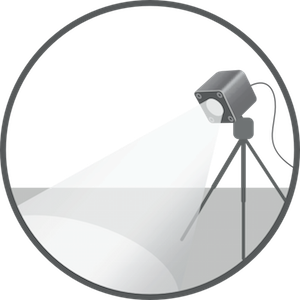 It’s the standard thread that screws into your camera tripod mount.

You can attach Relio to every mounting gear that offers a camera-compliant attachment. Solutions are infinite.

If you are a photographer or a filmmaker, you have no need to purchase additional equipment. Just place Relio on your beloved gear, and you’re ready to go full-color.

Otherwise, you are a few dollars away from the mounting solution you may need.
Popular e-commerce portals sell every kind of mount you can imagine, from pocket-sized tripods to extensible wall-mounting ones. For cheap!

We don’t sell what we don’t make.
This is the reason a tripod or other types of camera mount are not included in the package.
You can buy one for cheap on any popular e-commerce website.

Relio weights just 78 grams.
Its low mass makes it ideal for the most extravagant application.
Its compact size keeps the center of gravity of mounting system in the right place, preventing unstable operation. You can tight-fit Relio almost everywhere. Big win! 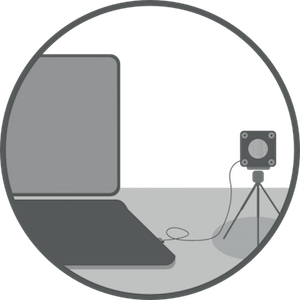 No battery can guarantee reliable and uninterruptible operation throughout your task.

Relio is able to overcome the compromise between reliability and portability, because it’s powered via USB.

Unlike the majority of USB lights, it’s really powerful.
To extract every bit of juice from USB sockets, we custom-developed very efficient and modern electronics. 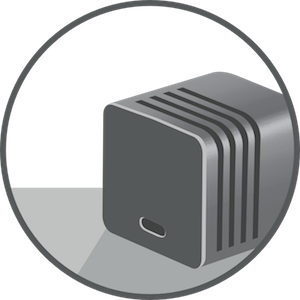 We’re using a 850 kHz step-down DC-DC regulator with synchronous rectification and 100mV feedback voltage, manufactured by a leading european brand.
Average efficiency is 93%. High frequency and low ripple totally eliminate flickers and beatings when shooting or filming.
Full brightness is achieved when connected to a modern USB port with a good quality cable.

Relio is shielded from EMF emissions.
It successfully passed CE and FCC verifications. 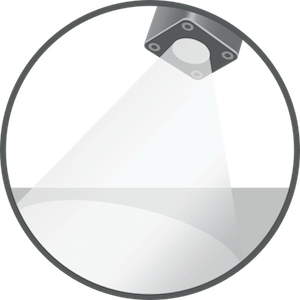 Relio has a beam pattern you’ll fall in love with.

A major flaw of consumer-grade lamps is the inability to emit good focused light.

Internal walls are painted black, for less glare and a more directional beam.
For your eyes and your cameras’ sake!

We include in the package one spot lens (15°) and one flood lens (30°).
They are easily replaceable with an included hex tool. 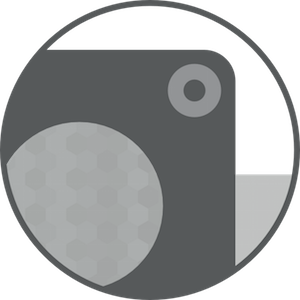 LEDs have the bad tendency to shift color temperature at the sides of their emission pattern.

A conventional parabolic lens collimates side-emitted light but not frontally-emitted one.
This produces an awful two-tone beam that is unsuitable for professional use. The phenomenon is commonly known as “green ring” or “green spill”.

Relio comes with frontally patterned TIR lenses to smoothen-out the beam even further. 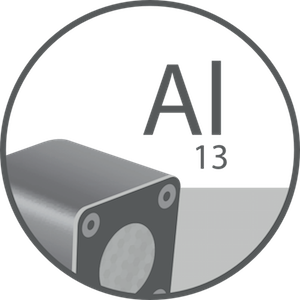 The entire machining process of Relio takes place in the same norther-italian factory.
Every light is machined and refined by hand with extreme care and passion.
They are tiny machinery masterpieces! 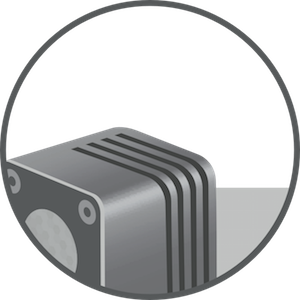 Heat management simulations have been made to ensure proper power dissipation. [ Tbody - Ta ] is ~28K. 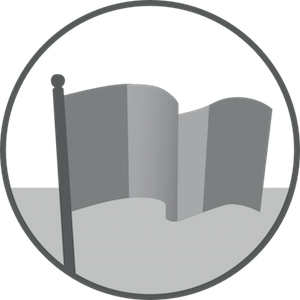 Made in Italy
It’s a matter of passion.

Love for industrial design, passion for details and excitement about life-improving products are heritage of our families, culture, passions and jobs.

We directly managed every step of product developement.

Even this website is entirely designed and coded by us. 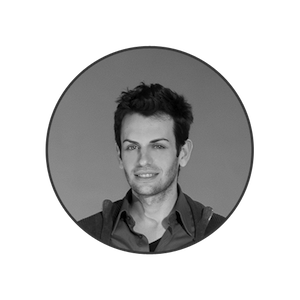 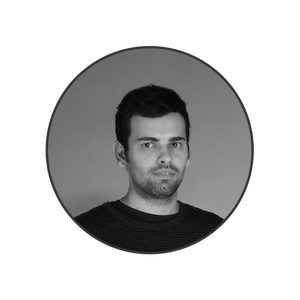 Lighting architect, consultant and analyst, approached the project with methodical enthusiasm. Took Relio as a challenge, now he’s literally in love with it. 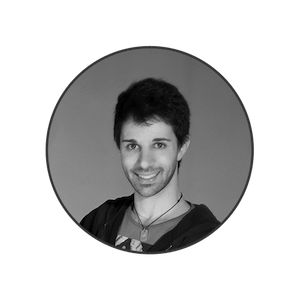 The creative mind of Relio printed and web media.
He managed the bells and whistles with very clever ideas.

Being young has one advantage: great people want to help you.
Relio is the result of our effort, but also yours.

Do you ship in my country?

Of course it does. If it wasn’t already clear, we want you to write us!